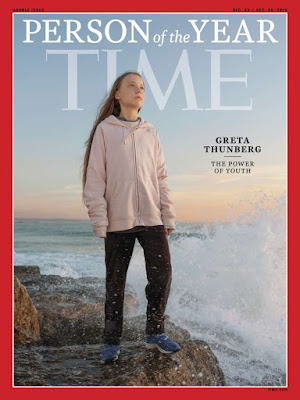 It began when Greta Thunberg wrote an essay on climate change in May 2018 that was published in a Swedish newspaper...read about her brave adventure since then, including, at the age of 16, addressing the United Nations Climate Action Summit...and how she handled being criticized by narrow-minded adults, even the president of the United States...then became Time magazine's 2019 "Person of the Year."

And now Hulu is presenting a documentary about Greta! 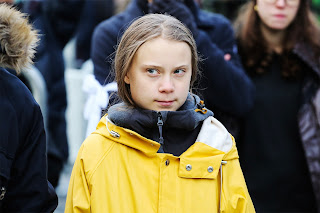 Read what Vanity Fair said about its perfect timing....and why Vogue said "why we can't wait for the Greta Thunberg Hulu documentary".... Thank you, Greta!! 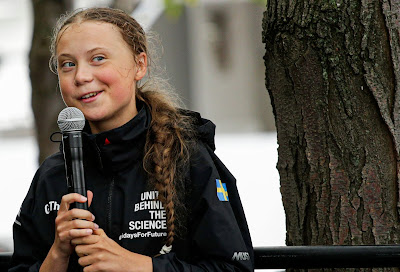 Posted by Cornelia Powell at 3:03 PM No comments: 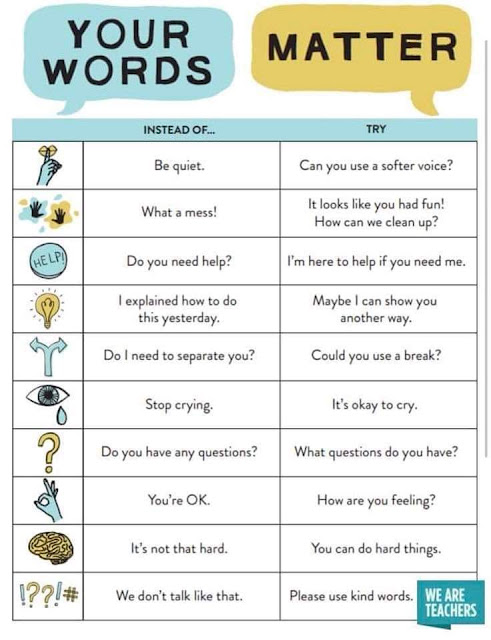 Posted by Cornelia Powell at 10:06 AM No comments:

For the First Time in History, Girls Won All Five Top Prizes at the Broadcom Masters STEM Competition

While reading this article on the delightful "A Mighty Girl" website, sign up for their newsletter to stay in touch with girls of the world!
Posted by Cornelia Powell at 10:48 AM No comments:

{Day of the Girl} 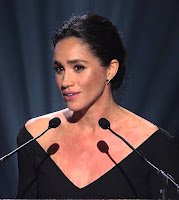 October 11 is the International Day of the Girl. In a tribute, Meghan Markle, the Duchess of Sussex, posted a special message, including photos of her teenage self, on the Sussex  Royal Instagram page. The Duchess has long been an articulate advocate for girls and women, including speaking at the United Nations on their behalf.

Enjoy this story by Katie Nicholl for Vanity Fair.

Posted by Cornelia Powell at 7:14 PM No comments: 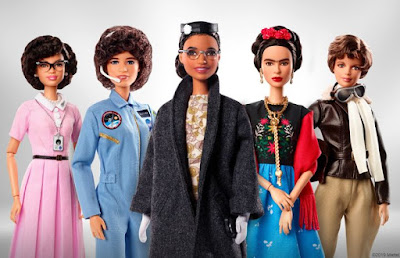 Mattel, the company that owns the Barbie brand, has created an “Inspiring Women” series of Barbie dolls....honoring historic female icons. (I have mixed feelings about this! What do you think?)


Alanna Vagianos wrote an article for HuffPost reporting that the company recently announced that two dolls―honoring Rosa Parks and Sally Ride―were being added to their collection. “Parks, a famed civil rights activist, and Ride, the first American woman and youngest American to travel to space, both come with educational information about their historic contributions so that children can learn while playing.” 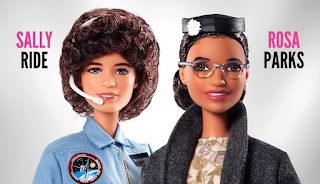 “These historical women broke boundaries that made the world a better place for future generations of girls,” a press release from Barbie read.

“The Inspiring Women series, which debuted on International Women’s Day last year, includes dolls based on other legendary figures, including artist Frida Kahlo, aviator Amelia Earhart and NASA mathematician Katherine Johnson.”
“As a brand that is dedicated to inspiring the limitless potential in every girl, Barbie is shining a spotlight on role models, historical and modern, to show them they can be anything,” Lisa McKnight, senior vice president and global head of Barbie, told HuffPost. “Both Sally Ride and Rosa Parks are change-makers, so these dolls celebrate their achievements, while also encouraging girls to challenge the status quo.”

“Barbie has historically been criticized for portraying a singular and unattainable body type. If Barbie were a human woman, she would be 5 feet, 9 inches and have a 39-inch bust, an 18-inch waist and wear a Size 3 shoe, according to the book Body Wars by Margo Maine, a clinical psychologist who specializes in eating disorders. While it’s valuable and important for Mattel to make Barbie dolls in the likeness of powerful women, some critics have pointed out that their body types also need to be as diverse and inclusive as the women they are fashioned after.”

Another criticism from writer and professor of history Angela Johnson relates to the inaccuracies Mattel used to describe Rosa Parks who had been a bold and passionate civil rights activist for many years. Read more here.

There are other historic and current trailblazing women being made into Barbie dolls. If Mattel truly wants to honor women in this way, then be sure to tell their real, deeper story. ~
Posted by Cornelia Powell at 3:04 PM No comments:

On August 26, 1920, after three generations of an unrelenting, brilliant, courageous, political campaign, women in the United States won the right to vote.

In 1971, to honor and commemorate this historic event, Congresswoman Bella Abzug introduced a Congressional Resolution (she had to introduce it again in 1973 when Congress passed it) to ensure that this date would be commemorated with the designation of Women's Equality Day, which is now celebrated on August 26th each year.

Posted by Cornelia Powell at 12:00 AM No comments: 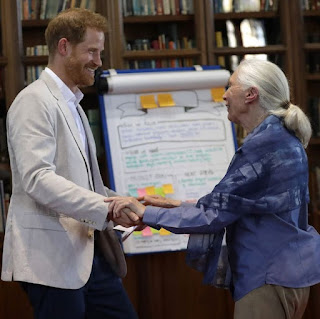 “Just one week after Prince Harry and Dr. Jane Goodall shared a dance and ‘chimpanzee greeting’ during an event for young conservationists, British Vogue published an enlightening conversation between the two as part of the September issue guest edited by Meghan Markle,” wrote Carly Ledbetter in HuffPost.

“The prince and the primatologist discussed the environment, slowing down climate change, and not having too many children in the article….” 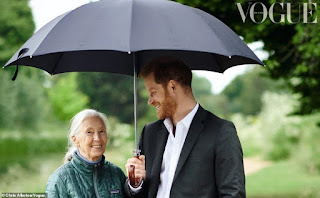 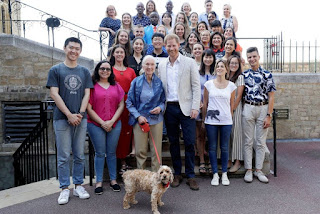 From the sussexroyal Instagram account: “Roots and Shoots is a global youth service program founded by Dr. Goodall in 1991. She has created and encouraged a global youth community to recognize the power of their individual strength—that each day you live, you can make a difference.”
Posted by Cornelia Powell at 7:30 AM No comments:

{I Will Be Your Friend} 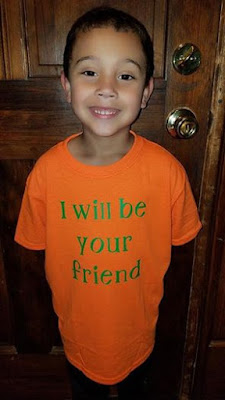 A 6-year-old boy named Blake is highlighting the power of kindness and friendship just in time for back-to-school season, wrote Caroline Bologna for HuffPost.  Last week, Blake’s mother, Nikki Rajahn, posted a photo of her son wearing a shirt that says “I will be your friend” on Facebook. She also shared the sweet backstory.:

“I told him that as a back to school gift, I will make him any shirt he would like. It could have anything- a basketball theme, football, etc. which are all his favorites,” she wrote. After thinking about it, Blake asked her, “will you please make me a shirt that says ‘I will be your friend’ for all the kids who need a friend to know that I am here for them?”

The Georgia mom ended her caption with the hashtag #stopbullying and concluded, “Never underestimate your kid’s heart for others! I love my sweet Blake!” The post has received more than 10,000 likes, and the comments section is filled with positive reactions and requests for the mom to make more of these shirts.

Read the rest of the story.

{This post is dedicated to my great-niece Maggie who turns 9 today...and is a great friend! xoxo}

Posted by Cornelia Powell at 10:52 AM No comments: 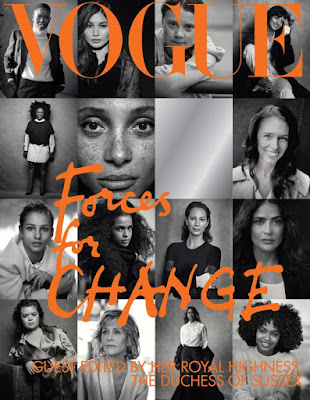 Meghan Markle, Duchess of Sussex, is the guest editor of the September issue of British Vogue (out today!) titled “Forces for Change” — learn about her empowering vision for women and girls and the world:

From Chevaz Clarke at CBS News:
“To have the country’s most influential beacon of change guest edit British Vogue at this time has been an honour, a pleasure and a wonderful surprise,” the magazine’s editor-in-chief, Edward Enninful, said of the historic collaboration. “As you will see from her selections throughout this magazine, she is also willing to wade into more complex and nuanced areas, whether they concern female empowerment, mental health, race or privilege.” 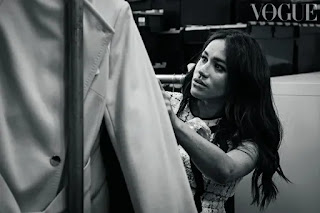 From Page Six by Elana Fishman:
“The Forces for Change” issue highlights a “diverse selection of women from all walks of life, each driving impact and raising the bar for equality, kindness, justice and open mindedness,” according to a post from the Duchess and Duke of Sussex’s official Instagram account shared.

Also inside the issue? An exclusive interview between Markle, 37, and former first lady Michelle Obama as well one between Prince Harry and legendary primatologist Jane Goodall, along with a guest editor’s letter penned by Markle.

“These last seven months have been a rewarding process, curating and collaborating with Edward Enninful, British Vogue’s editor-in-chief, to take the year’s most-read fashion issue and steer its focus to the values, causes and people making impact in the world today,” the Duchess of Sussex told the magazine.

“Through this lens I hope you’ll feel the strength of the collective in the diverse selection of women chosen for the cover as well as the team of support I called upon within the issue to help bring this to light. I hope readers feel as inspired as I do, by the ‘Forces for Change’ they’ll find within these pages.”

Enninful told British Vogue that Markle declined to appear on the cover herself. “From the very beginning, we talked about the cover — whether she would be on it or not,” he explained. “In the end, she felt that it would be in some ways a ‘boastful’ thing to do for this particular project. She wanted, instead, to focus on the women she admires.”

Still, according to Lindbergh, that didn’t stop Markle from being hands-on when it came to photographing the issue’s cover. “My instructions from the Duchess were clear: ‘I want to see freckles!'” the famed photog told the glossy.
......................
Click here for more about the 15 women and girls featured, link to Huffington Post UK....

Posted by Cornelia Powell at 2:02 PM No comments:

{Put a Woman in Charge} 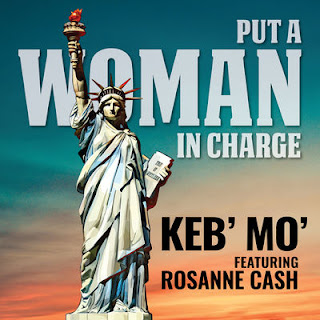 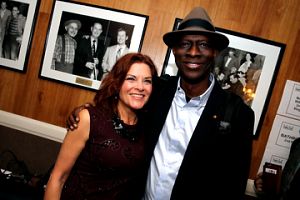 PUT A WOMAN IN CHARGE

Way back when
In the beginning of time
Man made the fire then the wheel
Went from a horse to an automobile
He said, “the world is mine”
He took the oceans and the sky
He set the borders, built the walls
He won't stop ’til he owns it all
And here we are
Standing on the brink of disaster
Enough is enough is enough is enough
I know the answer 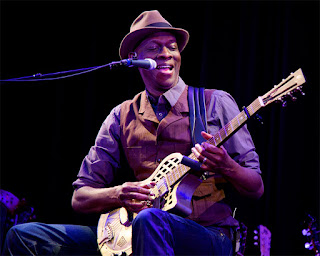 [This post is dedicated to artist Jennifer Hawkins Hock with love and appreciation...and birthday wishes!! xoxo]

Posted by Cornelia Powell at 7:30 AM No comments: 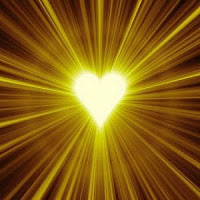 Posting Voices of LOVE, COMPASSION and SPIRITUAL AWARENESS to Counter the Harsh Attack of "TRUMPERY"... 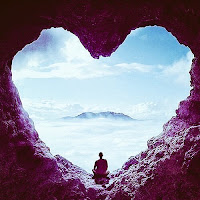 ...it will guide you through your life. Love has its own intelligence." ~Sadhguru 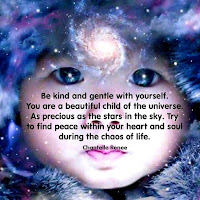 A message for our time from Chantelle Renee 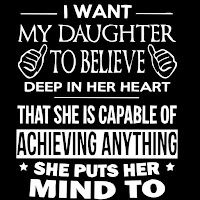 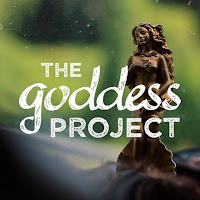 Host a Screening of this love-filled documentary film!

"A man sees in the world what he carries in his heart." ~Goethe 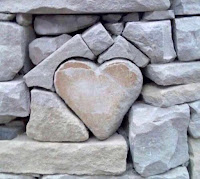 "When the power of love is greater than the love of power.....

"Life's most persistent question remains: What are you doing for Others?" ~Martin Luther King Jr

from "A Course in Miracles": 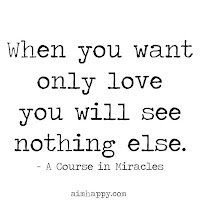 "Take your broken heart, make it into art." 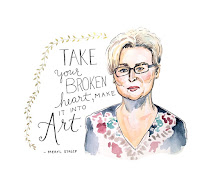 "It is easier to build strong children than to repair broken men." ~Frederick Douglass 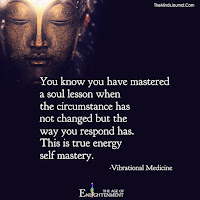 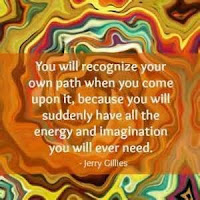